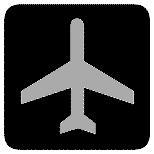 AI to pay allowances to employees before Diwali

Air India today withdrew its move to defer by a fortnight payment of incentives and allowances to over 29,000 employees, saying these would now be paid a day before Diwali.

“Air India will be paying its employees the salaries for the month of October on November one and flying-related allowances, including Productivity-linked Incentives (PLI), on November four,” an airline spokesperson said tonight.

The decision to withdraw the deferment came after strong protests from various unions, including those of the pilots.

Earlier, the national carrier had issued a staff notice saying that while the October salary will be disbursed on November one, PLI and flying allowances would be paid on November 15.

The reasons given for the delay in making the payment was primarily cash crunch caused by month-end rollover expenses like committed month-end payments to oil companies, aircraft induction, spare parts payments, bank loan rollovers and repayment of loans and interest obligations.

The move evoked protests from several Air India unions, which made a veiled threat that they would be forced to “review our cooperation” with the management in smooth running of the airline.

Terming the move as “absolutely uncalled for and outrageous”, the union leaders, including those from the Indian Commercial Pilots’ Association, said while the management has in the past followed ‘no work, no pay rule’ very religiously by cutting wages, “the workmen also are free to follow ‘no pay, no work’ rule to protect their hard earned salary”.

“In view of this, we will henceforth be forced to review our cooperation with the management”, the leaders had said.

On an average, PLI and flying allowances comprise almost 50-60 per cent of the employees’ pay package.

The proposed delay has “completely demoralised the employees who were quite upbeat on the airline posting good growth in revenue, yield and load factor”, they said.

They said the employees had “bent backwards” to ensure that, as the official carrier for Commonwealth Games, not a single flight was delayed or cancelled due to the teething trouble at Delhi airport’s T3 terminal or a severe monsoon.