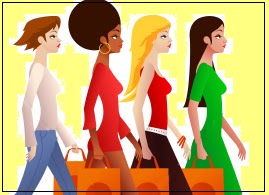 2. In pursuance of the decision taken by the Government, the Ministry of Railways have decided to delete the condition that CCL can be availed only if the employee concerned has no LAP at her credit, subject to the following conditions:-

(i) CCL may not be granted in more than 3 spells in a calendar year.

(ii) CCL may not be granted for less than 15 days.

(iii) CCL should not ordinarily be granted during the probation period except in case of certain extreme situations where the leave sanctioning authority is fully satisfied about the need of Child Care Leave to the
probationer. It may also be ensured that the period for which this leave is sanctioned during probation is minimal.

3. It is reiterated that the CCL is to be treated like LAP and sanctioned as such.

4. These orders take effect from 1.9.2008. LAP, if any, availed by women employees before availing CCL subsequent to the issue of the Board’s letter of even number dated 12.12.2008 may be adjusted against CCL, if so requested by the employee regardless of condition 2(i) and 2(ii) above.

5. This issues with the concurrence of the Finance Directorate of the Ministry of Railways.