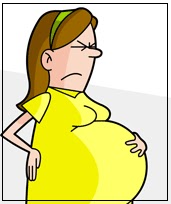 To improve maternal and child health, the Cabinet Committee on Economic Affairs on Wednesday approved the Indira Gandhi Matritva Sahyog Yojana (IGMSY) — a monetary scheme for pregnant women and lactating mothers — on a pilot basis in 52 districts in this Five-Year Plan.

Each pregnant and lactating woman will receive Rs. 4,000 in three instalments between the second trimester of pregnancy until the child is six months old. Each beneficiary has to open an individual account (if she does not have one already) in the nearest bank or the post office for cash transfer, Union Home Minister P. Chidambaram told journalists after the Cabinet meeting, which was chaired by Prime Minister Manmohan Singh.

The scheme, to be implemented through the Integrated Child Development Services (ICDS) Scheme infrastructure and personnel, will cost Rs. 1,000 crore. Some personnel will be hired on a contractual basis.
The scheme will be fully funded by the Centre and Rs. 390 crore and Rs. 610 crore have been allocated for 2010-11 and 2011-12 respectively.

Under the scheme, cash transfers will be made to all pregnant and lactating women as incentives based on fulfilment of specific conditions relating to mother and child health and nutrition. However, government employees and Central and State Public Sector employees have been excluded from the scheme as they are entitled to paid maternity leave.

It is expected that in the initial years, about 13.8 lakh pregnant and lactating women in 52 districts could avail themselves of the benefit. The beneficiaries will be pregnant women of 19 years and above and for the first two live births (benefits for still births will be as per the norms of the scheme).

Since the IGMSY will be implemented by the States through the existing ICDS system and supported by additional contractual staff, anganwadi workers and helpers will receive an incentive of Rs. 200 and Rs. 100 respectively a pregnant and lactating woman after all the due cash transfers are made.

There will be steering and monitoring committees at all levels to oversee the scheme. A special cell to monitor the scheme will be set up within the Ministry of Women and Child Development.

The scheme will promote appropriate practices, care and service utilisation during pregnancy, safe delivery and lactation. This will also encourage women to follow the practice of breastfeeding.