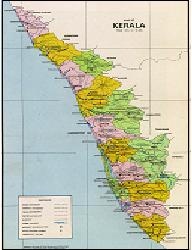 Encashment of D.A arrears for those who retire on or before 31.03.2011 – Orders Issued
Abstract
FINANCE (PAY RESEARCH UNIT) DEPARTMENT

Government had issued orders granting Dearness Allowance to State Government Employees and Teachers including those who come under UGC/AICTE/MES as per reference cited above. Several requests were received from different quarter from those who are due to retire on 31.03.2011, for permitting them to encash the D.A arrears instead of crediting it to the P.F. account as the amount so credited will come to the accounts of the Accountant General only after 31.03.2011.
Government after examining the matter in detail are pleased to clarifiy that DA arrears can be paid in cash to those who retire on or before 31.03.2011.

By Order of the Governor,
S.M. VIJAYANAND,
Principal Secretary (Finance).