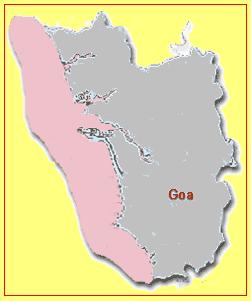 GOA Government Employees and Teachers to get 10% hike in dearness allowance (DA) and bonus
There’s some good news for government employees and teachers as their dearness allowance (DA) will be hiked by 10% and those in Class ‘C’ and ‘D’ will also be eligible for a bonus of nearly Rs.3,500.
With enhanced DA, the financial implication for the state Govt. will be to the tune of around ` 5 crore per month, official sources said.

The salary component, since the implementation of VI Pay Commission, had been around ` 78 crore per month. Now, with the hike in DA, this will go up to nearly ` 83 crore.
Last month, the Union cabinet hiked the DA for central government employees by 10% from 35% to 45% of their basic salary, with retrospective effect from July. The state government has decided to implement the same for its employees.
That is as far as additional burden on revised DA per month is concerned.
But for the forthcoming salary the state government will pay and the bonus which will be released in the first week of November (for Diwali), the financial burden is huge, according to sources in the government.
First of all, the arrears of revised DA will have to be paid. The arrears of three months – from July to September 2010 – will be nearly ` 15 crore.

Besides the salary component, the pension amount incurred by the state government will also go up with the enhanced DA. There will be an additional burden of ` 2.21 crore per month. Until now, the government spends ` 31 crore to pay pensions. For three months, the arrears will amount to ` 6.7 crore.
Towards payment of bonus, the government will incur around ` 12 crore. Employees numbering more than 40,000 who come under the ‘C’ and ‘D’ categories, will get the bonus which is fixed at ` 3,455. Teachers from government-aided schools too will be eligible, sources said.
In addition to all this, new groups of employees recently recruited will get their first salary soon. There are some computer teachers as well as pre-employment trainees who were absorbed into government service recently, sources added.
Towards the payment of salary, pension and bonus, the state government will have to shell out ` 150 crore soon.
Sources said that though the revenue generation has been low, as usual, in the second quarter of the financial year – June to August – especially as both the mining and tourism sectors are not much in operation, the state will be heavily burdened to keep its monetary commitment.