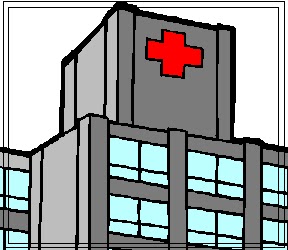 Hospital list yet to come, CGHS pensioners may have to wait

Central Government Health Scheme (CGHS) pensioners in the city may have to wait for a while till the government sends an order regarding the number of empanelled hospitals recognised under the scheme. Presently, Deendayal and Kotbagi hospital have agreed to the new rates while Ruby Hall Clinic has categorically refused.

Additional Director of CGHS S R Pashupatimath said that the last date for the shortlisted hospitals to accept the new rates of treatment and sign the memorandum of understanding with the government has been extended till October 29. So far Deendayal and Kotbagi hospitals have agreed to the terms and conditions while three hospitals selected for providing eye treatment – Inlaks and Budhrani hospital, Ameya Netralaya and Jadhav eye foundation have also agreed to the new rates.

It may be recalled that the government had last year invited tenders from hospitals for empanellment. Out of the 17 shortlised just three hospitals in the city were empanelled to provide general treatment to CGHS beneficiaries. This is against the present 27 hospitals which are providing treatment to the patients under the scheme.

While Pashupatimath had also admitted that it would be difficult to implement such a scheme with only three hospitals, he told The Indian Express that they would wait till October 29 and then send a report to the government. “Till such time that the government issues an order on the exact number of empanelled hospitals, the present system will continue as per the old rates of treatment,” he said.

At Ruby Hall Clinic , CEO Bhomi Bhote insists that the rates of treatment by the government are even lower than the earlier rates. “We also need to include more hospitals in the scheme as Ruby Hall Clinic will not be able to admit all the beneficiaries.”