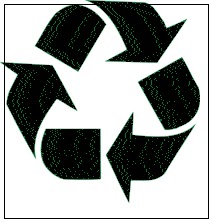 OFFICE MEMORANDUM
Subject: Rotational transfer/posting of Section Officers of CSS-regarding.
The undersigned is directed to refer to this Department’s Order of even No. dated 27th August,2010 vide which the Section Officers, who have put in more than 16 years service in a particular Cadre Unit have peen transferred and posted to other Cadre Units.
2. All the Cadre Units were requested to relieve the officers concerned immediately latest by 30.09.2010. However, some of the Cadre Units have requested for more time to relieve some of their Section Officers and the same have been considered in this Department.
3. In exercise of the powers conferred under Rule 19 (2) of the CSS Rules, 2009 inserted vide amendment dated 15th September, 2010, it has been decided by the Competent Authority to extend the period of relieving of Section Officers beyond 12th October 2010, upto 31st October 2010. After this date, Section Officers included in the list, who do not join in the new Cadre Unit, will not be entitled to draw the salary and allowance from 1st November onwards from the present Cadre Unit. All Cadre Units of CSS are requested to take note of he above for strict compliance.