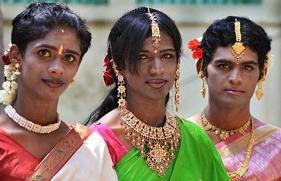 Eunuchs living in the national capital now have some reason to cheer as they will be eligible for a monthly pension under an MCD scheme.

MCD on Tuesday became the first government agency in India to announce a Rs-1,000 pension for the ‘third gender’ as it issued a notification including them in its pension scheme.

The pension scheme of the civic agency benefits different sections of the society including the elderly, widows and physically challenged. Like others, eunuchs too will have to get a recommendation from the area councillor for securing the pension, MCD Works Committee Chairman Jagdish Mamgain said. They will also have to submit a medical certificate from any government hospital as proof of being an eunuch.

An affidavit to the effect that the eunuch is not married and the birth certificate or any other document showing the age of the applicant not below 18 years will have to be given. The MCD also included orphans up to the age of 18 years into the pension scheme. The proposal of providing pension to eunuchs and using them for house tax collection was proposed by Councillor Malti Verma in the MCD 2010-11 budget discussion. Later, it was approved by the MCD House.

“Eunuchs are a deprived section of the society. They don’t have any employment opportunity and only a few young ones earn money through dancing and singing on auspicious occasions,” an MCD statement said, pointing out that when they get older, they face a distressing situation and the government lacks a plan for giving assistance to them. Delhi has around three lakh eunuchs.